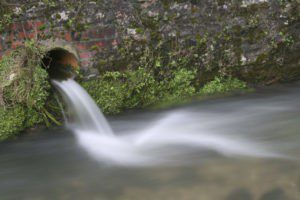 On April 23, 2020, the U.S. Supreme Court opined that the reach of the Clean Water Act (CWA) includes regulation of indirect groundwater discharges to surface water.  This ruling will pose regulatory and technical challenges for current and planned discharges to groundwater.

What the Court Ruled

The court concluded that a National Pollutant Discharge Elimination System (NPDES) permit is required “where there is a direct discharge from a point source into navigable waters or where there is a functional equivalent of a direct discharge.”  While “functional equivalent” was not defined, the court gave an example of an owner moving a pipe away from the navigable waterway by a few yards to avoid the requirement for an NPDES permit, and opined that they “do not see how Congress could have intended to create such a large and obvious loophole.”

The decision is counter to an Interpretative Statement issued by EPA in April 2019, which concluded that “the releases of pollutants to groundwater are categorically excluded from the CWA permitting requirements because Congress explicitly left regulation of discharges to groundwater to the states and to EPA under other statutory authorities.”[1]

The court recognized that it could not clearly define what discharges would be regulated, but acknowledged that the primary factors to determine if an NPDES permit would be required for a groundwater discharge would be travel, time, and distance from the point of discharge to the waterway.  Other factors that would be used to determine CWA jurisdiction include:

The opinion anticipates that courts will provide guidance on the jurisdiction of the CWA over groundwater discharges through decisions on individual cases.  EPA can provide administrative guidance such as grants of individual permits, promulgation of general permits, or the development of general rules.

The Supreme Court ruling vacates the judgement of the Ninth Circuit Court in a matter in County of Maui, Hawaii, v. Hawaii Wildlife Fund et al.  In March 2018, the court ruled that treated wastewater that is injected into four groundwater wells and eventually seeped into the Pacific Ocean constituted a point source and is subject to NPDES permitting requirements.  A dye study performed by EPA and the U.S. Army Corps of Engineers showed a hydraulic connection between the wells and the ocean, with water from two of the three wells tested reaching the ocean in 84 days.  The court found that the discharged pollutants constituted a point source and were traceable from the point source to navigable waters at levels sufficient to require regulation under the CWA.

The technical challenges posed by regulation of indirect groundwater discharges to waters of the U.S. will be substantial, including establishment of a hydraulic connection; characterization of travel, time, and distance; and definition of the regulated area over which the groundwater is discharging into surface water.  It is not yet clear what discharges could be regulated under the CWA.  Integral will continue to follow these and related matters to stay current on the technical, regulatory, and legal issues and their implications.  Our hydrologists, water resources engineers, compliance specialists, and multidisciplinary staff can help clients prepare for potential changes in CWA enforcement.